Blessed Be the Animals

In Remembrance of Ranger

Honored by His family at Ranger's Legacy Equine Rescue

Ranger was a horse that, in his time of need, was neglected and abandoned to fend for himself. I found him on a Thursday in November of 2011 wandering alone and starved on the Isleta Reservation in New Mexico. I had to make a lot of phone calls to get permission to go on this land to help him. The Isleta Ranger's were very helpful and did all they could but by the time we had cut through the red tape, it was too late for Ranger. We found him deceased on a trail leading back to where I had left him food and water just four days prior. When he passed, this horse did not have a name. Because I believe that no one should die without a name, I named him Ranger. I was heartbroken that I could not help him and felt that there had to be a reason I had met this horse. So, a few days later, I founded a horse rescue in his name. Because of him, Ranger's Legacy Equine Rescue has been saving other horses for almost three years now. Ranger, I know you are still here. Watching as we help your brothers and sisters so that they are able to live a life that was stolen from you. You touched my heart that day in that sparse, waterless desert. I love you and you will never be forgotten. 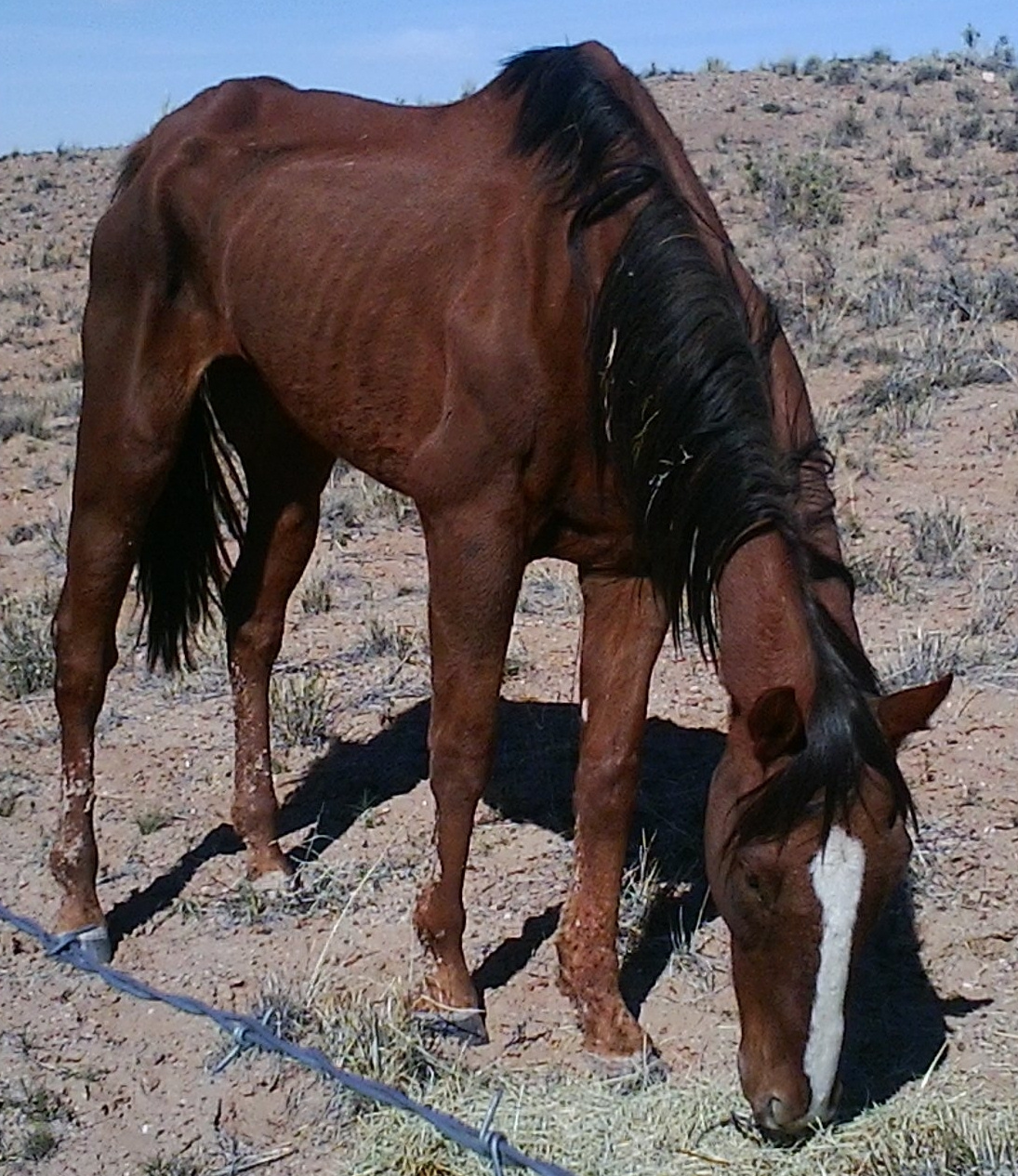