Blessed Be the Animals

In Remembrance of Silver Sheik

Sheik died as he lived, with grace and dignity. As I sit here mourning for my old friend, it helps me feel better to share some of his story.

His mother, Lady, was the gift I received for my 13th birthday. His father's name was Silver Maximo. Both were purebred grey Arabians.

He is descended from the famous Polish Arabian stallion, Naborr. Like his famous great grand-daddy, Sheik had a large frame, strong bones, and a quiet disposition.

As a baby, he imprinted on me and enjoyed following me around the farm when I did my chores.

After school, he would follow me into the basement through the downstairs door and lie with his head on my lap while I ate Cocoa Puffs and watched Star Trek.

He was a deep sorrel red when he was born, and was pure white by the time he was 10.

I started his ground training when he was less than 24 hours old. On his second birthday, I put a saddle and bridle on him for the first time and we rode all day.

In his 32 years, he never offered to buck, bite, bolt, or kick. The only mishap was the time I tied him to the big fuel tank and he pulled it over, damn near killing us both.

He sired eight foals before we gelded him. The dark bay I'm riding in one of my profile pics is his grandson, King.

One day, the guy we hired to clean out the corrals left the gate open. I came home to find Sheik out in the pasture, mating with his mother. Encore is Sheik's son, and also his brother.

One of my favorite memories is of a ride on a warm summer night under a full moon. I rode him to a neighboring farm with miles of dirt roads, leaned over his neck, and told him to run. I had Blue Oyster Cult on my headphones, and his hoofbeats matched the heavy metal beat perfectly. It felt like we were racing through outer space at the speed of light.

His signature gait was an easy, rocking-chair gallop that could go on and on for miles. I always dreamed of riding him in endurance races. He was an Arabian, after all...

He accepted whatever task I asked of him and was a quick learner. I taught him to jump, run barrels, and do lead changes. At the age of three, on his first elk-hunting trip, he and I lead a string of pack mules down a trail in the middle of the night back to our rigs. He was confident and sure, and never missed a step. The next day, he packed out a bull elk, no problem.

Around 2000, I received a call that Sheik was depressed and would be put down. I drove to Twin Falls with Jackie and we brought him to Oregon. The vets at Oregon State diagnosed him with COPD, a breathing disorder. He would start coughing if he worked too hard, so that was the end of his days as a riding horse. Otherwise, he thrived in Oregon and made good friends with our other horses.

in 2007, he suffered a stroke. He recovered, but dragged his feet a bit after that when he walked.

In 2008, I moved Sheik, Encore, and our other horses to Duchess Sanctuary, where he lived for the rest of his life.

He was closely bonded with Encore, who looked to him every day for leadership and comfort. 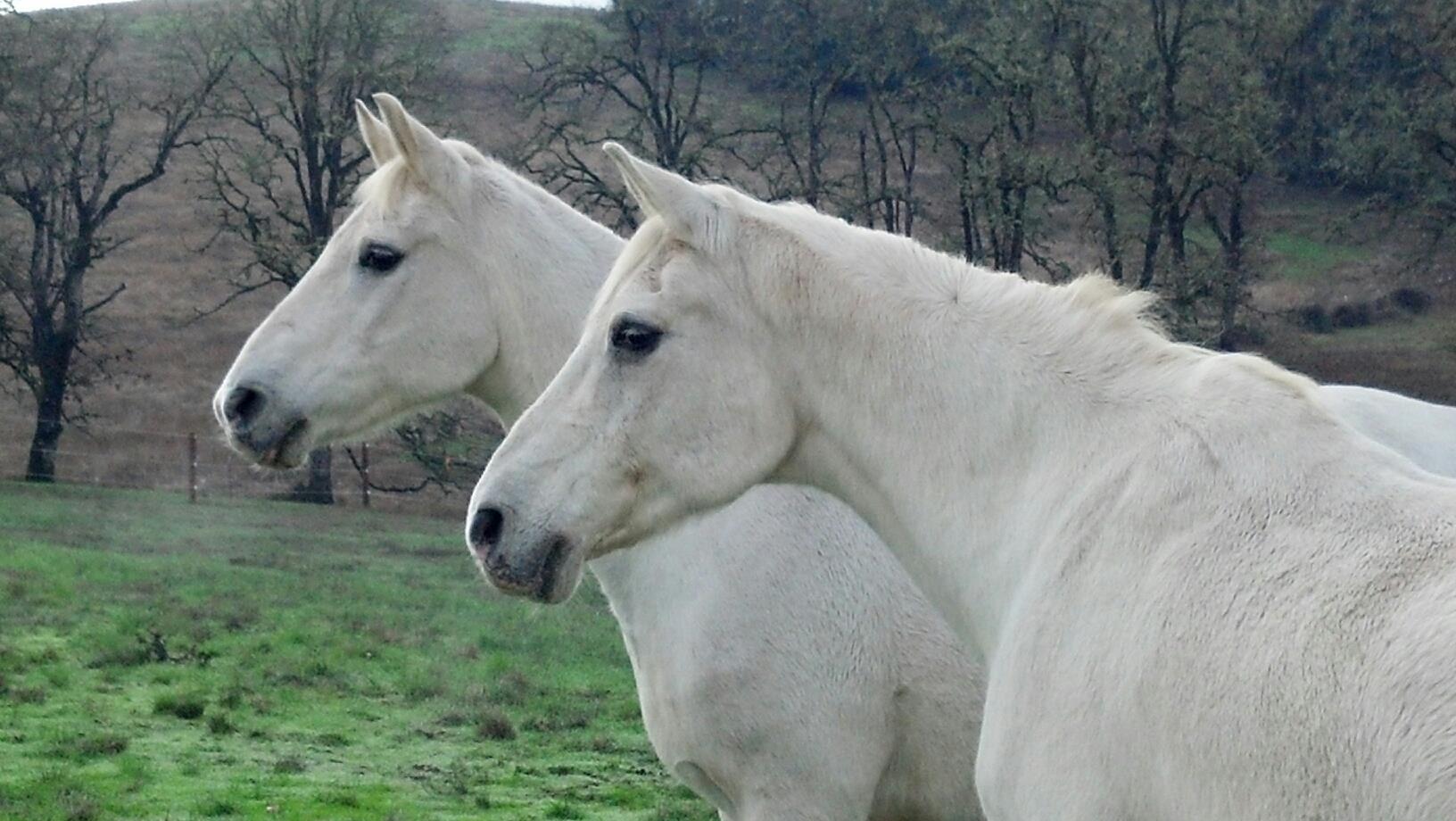